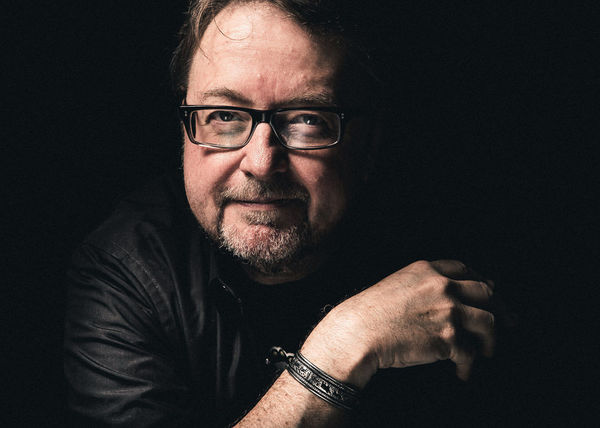 Luis Alberto Urrea is a prolific and award-winning writer, a master storyteller who uses his dual-culture life experiences to explore greater themes of love, loss and triumph.

Born in Tijuana to a Mexican father and an American mother, Luis grew up in San Diego. Like so many great writers, Luis got his start in literature writing poems to impress girls in junior high. His early heroes were all rock stars, but not being especially musically gifted Luis chose to follow in the steps of his literary role models. “What I really wanted to be was Jim Morrison,” he has said “however, if I weren’t a writer, I’d be dead.”

As a young man Luis served as a missionary in the Tijuana dumps prior to receiving a teaching Fellowship to Harvard University. The author of sixteen books, he has published extensively in many genres and has received many prestigious awards. The Devil’s Highway, his non-fiction account of a group of Mexican immigrants lost in the Arizona desert, won the Lannan Literary Award and was a finalist for the Pulitzer Prize. His highly acclaimed historical novels; The Hummingbird’s Daughter and Queen of America together tell the epic story of Teresita Urrea, a great aunt who was a healer and Mexican folk hero. Collectively The Devil’s Highway, The Humming Bird’s Daughter and his novel Into the Beautiful North have been chosen by nearly one hundred different cities and colleges across the country for community-wide reading programs. In 2017, Into the Beautiful North was adapted into a production and was shown at theaters across the country.

This event is part of the Institute's Hispanic Heritage Month Celebration.

A light pre-reception at 4:00 PM. The Hammes Notre Dame Bookstore will be onsite for book sales and a signing after the lecture.