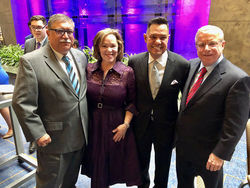 Luis Ricardo Fraga, director of the Institute for Latino Studies, has received a lifetime achievement award for excellence in community service from the Mexican American Legal Defense and Educational Fund (MALDEF).

Founded in 1968, the Los Angeles-based MALDEF is the leading Latino legal civil rights organization in the United States. Fraga received the honor from the organization in recognition of his continued work serving students as well as the community and his efforts to bring these two groups together.

“Luis’ legacy lies in all of the students he has mentored, both undergraduates and graduates. It lies in the research he has done that has made an impact in a practical way. And it lies, finally, in his leadership administrative capacity,” said Tom Saenz, MALDEF’s president and general counsel. “He has established a strong record of a Latino administrator thriving and making new contributions, innovating and ensuring that universities are coming closer and closer to communities that they serve.”

Fraga has contributed research to lawsuits filed by MALDEF and other civil rights organizations, such as the NAACP and ACLU, on numerous cases, including work on the 1965 Voting Rights Act with Chandler Davidson,research professor and Tsanoff Chair of Public Affairs Emeritus at Rice University.

Through that legal work, Fraga learned how academic research could be used to make influential decisions within the court system.

“What we do as scholars isn’t just research for research’s sake if we can apply our work to affecting people’s lives to help democracy become stronger,” Fraga said.

His research has had an invaluable impact, enabling important court cases to be decided in favor of those being marginalized. Fraga has provided expert testimony in voting rights cases in California and Washington.

Working with the New Language Program (ENL) through Notre Dame’s Alliance for Catholic Education, Fraga helped establish the first-ever Spanish-English, two-way immersion program in a Catholic school in the Diocese of Fort-Wayne-South Bend at Holy Cross School in South Bend.

Fraga also collaborated with the Notre Dame Office of the Provost to bring the Warrior-Scholar Project to campus. This program provides a one-week academic boot camp enrichment opportunity to military veterans and those planning to leave military service. This program further strengthens the University’s commitment to the armed forces and to share its resources with those who have given to this country, just as Fraga’s father did through his Navy service during World War II.

A native of Corpus Christi, Texas, Fraga has spent his career bringing a distinct and enriching voice to the intellectual capacities of universities across the country, enabling them to better serve all students — including those whom universities are not accustomed to serving in their research and teaching.

“I have held my work to a higher standard because it is not enough to develop a theory that is parsimonious, replicable, and salient — it must be meaningful and viable,” Fraga said. “Can it actually work in a way that might contribute to improving peoples’ lives, work to give more people a chance to improving their own lives?”

Fraga also works to inspire transformative leaders who he encourages to use their values and vision to serve those who are not traditionally served and find inspiration for a bigger, more inclusive future. He has served on the Notre Dame Task Force on DACAmented and Undocumented Students to support cohorts of undergraduate students otherwise overlooked.

ILS’ Transformative Latino Leadership Lecture series was initiated by Fraga with the goal of engaging prominent figures in politics, entertainment, the arts, business, activism, the church, and other fields. These influential leaders present both their personal experiences and a vision of effective leadership in their sphere of influence with the goal of inspiring and informing young leaders about the possibilities, pitfalls, and principles they should know as leaders in our contemporary world.

Helping students “understand the public consequences of their private decisions” has been a goal of Fraga’s. He also allows this lesson to guide his own work, using his knowledge, resources, and support to give back.

“Someone who has had as many privileges as I’ve had carries a great deal of responsibility,” he said.

Fraga was one of six principal investigators on the Latino National Survey (LNS), the first-ever state-stratified survey of Latinos in the U.S. This survey explores questions regarding political attitudes, beliefs, behavior, and policy preferences.

In 2011, Fraga was namedone of the top “100 Influentials” in the U.S. by Hispanic Business magazine and served as a member of Barak Obama’s President’s Advisory Commission on Educational Excellence for Hispanics.

All of Fraga’s work intimately aligns with the mission of the Institute for Latino Studies and the University of Notre Dame by advancing the understanding of the fastest-growing and youngest population in the United States and the U.S. Catholic Church and preparing transformative leaders in all disciplines of study.

“Notre Dame allows me to live my Catholic faith, pursue my research on American political development, and teach the next generation of leaders in the country, the world, and the Church as no other university can,” he said. “I can live my Catholic values in all aspects of my life — my family, community, and work — without any artificial boundaries. I cherish this gift that Notre Dame has given me and my family.” 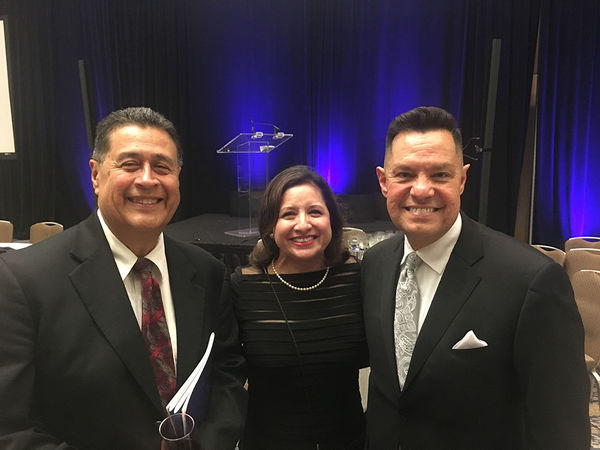 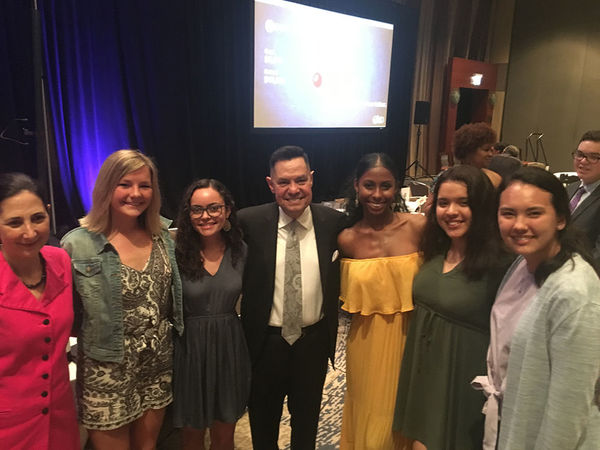