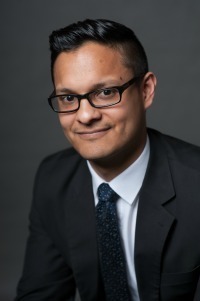 Robert Vargas, a Notre Dame assistant professor of sociology and faculty fellow in the Institute for Latino Studies, has won a prestigious book award for his ethnographic study of Chicago’s Little Village neighborhood and its confrontational relationships between police, politicians, and gangs.

The Academy of Criminal Justice Sciences will present its Best Book Award to Vargas at its annual meeting in March in Kansas City, Missouri.

Vargas’ book, Wounded City: Violent Turf Wars in a Chicago Barrio, explores the hazy boundaries between Chicago politicians’ turf and gang turn. He argues that competition among political groups can facilitate the persistence of violence just as much as competition among street gangs does.

He also contends that city ward boundaries were deliberately drawn to undermine the political power of poor residents, and those political acts resulted in undermining collective efforts to reduce violence.

“It’s an incredible honor to receive this book award,” Vargas said. “It not only validates my scholarship—it also validates the lived experiences of community members suffering from Chicago’s destructive local politics. It means people are starting to recognize the importance of local politics for understanding the gun violence occurring in our cities.”

Vargas, whose research as an urban sociologist focuses on violence and health, joined the Notre Dame faculty in 2016. He previously was on the faculty at the University of Wisconsin-Madison and completed a postdoctoral fellowship at Harvard University’s Robert Wood Johnson Foundation.

“It's been a joy to share the news of this award to all my mentors and colleagues who helped me along the way,” he said. “The book was truly a collective endeavor, and it reflects positively upon my communities of intellectual support.”