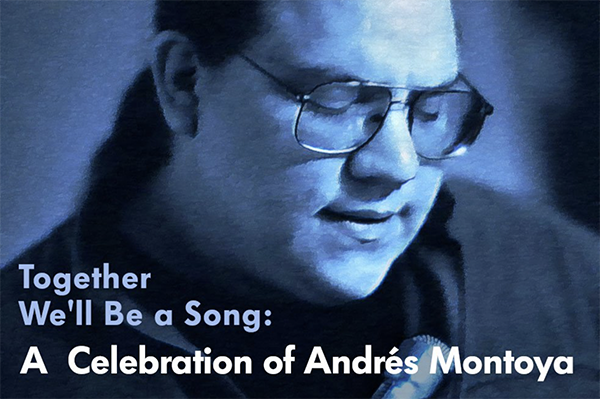 More than 30 published authors from all over the country, including U.S. Poet Laureate Emeritus Juan Felipe Herrera, will gather in Fresno on April 13 and 14 for a national poetry symposium, “Together We’ll Be a Song: A Celebration of Andrés Montoya.”

The symposium — co-hosted by the Fresno State Master of Fine Arts Program in Creative Writing, in collaboration with Letras Latinas, the literary initiative at the University of Notre Dame’s Institute for Latino Studies — will honor the life and work of Montoya, the late poet, educator and Fresno State alumnus.

Francisco Aragón, the director of Letras Latinas, commissioned the Andrés Montoya Poetry Prize winners to read “a jury of trees” and then to write between two and four new poems that respond to or dialogue with Montoya’s work. At the symposium, each of the seven prize winners will read their commissioned poem inspired by Montoya and selected by Aragón, with a second poem of their choosing, for a total of 14 poems honoring Montoya.

Aragón said the idea for the symposium started with a conversation he had with author and Fresno State alumnus Daniel Chacón at the Association of Writers and Writing Programs conference in 2010. That conversation started a long journey to this spring’s tribute at Fresno State.

“This symposium is the capstone of a multi-year gesture called the Andrés Montoya Poetry Prize Initiative,” Aragón said. “The initiative, at its core, involved selling a beautiful silk-screen print by Andrés’ father, Malaquias, a print inspired by, and which included lines of, Andrés’ poetry. With Malaquias’ consent, Letras Latinas was able to raise the funds that helped fund the publication of ‘a jury of trees.’ But we had to wait for the book to be published before we could begin talking seriously about the symposium. And the sale of that print, along with a generous gift by Andrés’ brother, Maceo, is what is making possible bringing the Andrés Montoya Poetry Prize winners to Fresno.”