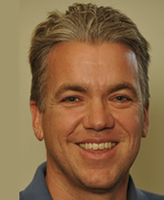 The latest book by Thomas Anderson, the William M. Scholl Associate Professor of Latin American Literature at the University of Notre Dame, has been hailed as a groundbreaking commentary on the literary and cultural movement known as Afrocubanismo.

Much like the courses Anderson teaches in the Department of Romance Languages and Literatures, Carnival and National Identity in the Poetry of Afrocubanismo offers both a critical review of the work and a thorough exploration of the political, class, and racial tensions that inspired its creators.

"The poetry of Afrocubanismo was in many ways a reaction to U.S. imperialism and U.S. domination on the island," Anderson says, adding that the poets of this literary movement hoped to awaken the nationalism of Afro–Cubans and urge them to social action and resistance to the heavy American influence on island life.

Afrocubanismo flourished in Cuba from about 1925 to 1940—the time period when "Cuba was more or less under the control of the United States through the Platt Amendment," Anderson says. The Platt Amendment, he explains, was added to the Cuban constitution a few years after Cuba was freed from Spanish colonial rule, and it both codified and helped perpetuate a deep U.S. involvement in Cuban affairs after its presumed independence.

In many ways, poetry of Afrocubanismo poetry was an expression of the pent-up resentment of the Cuban intelligentsia to the meddling of the North Americans.

"They thought, 'What better way to sock it to them than to celebrate our blackness,'" Anderson says.

On the surface, the poetry was indeed a kind of celebration of the African threads of the Cuban cultural tapestry—the song and dance styles Afro-Cubans helped innovate, the musical instruments they used, and the liberating tradition of carnival that Afro–Cubans established.

But, as in the United States, the interplay of race in the history between the intermingled descendants of slaves and colonists can prove complicated and contrary. 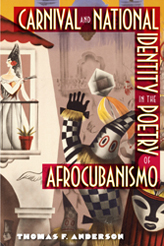 The movement's poets, Anderson says, were mainly white intellectuals, though it included some Cubans of color as well. Often their poetry was overloaded with racial caricatures and denigrating depictions of Afro–Cuban life.

"What I found surprising in my research is that to a certain extent the images presented by white and black poets were not that different," Anderson says. "Their attitudes to Afro–Cubano culture had more to do with class, not race."

He found that many upper class Afro–Cubans looked just as askance as white Cuban poets at carnival, son music, bongo playing and other expressions of other African-derived cultural expressions that they perceived as degrading to Afro–Cubans and as obstacles to their social progress.

"The poetry is full of demeaning stereotypes and patronizing images and one–dimensional characterizations," Anderson says.

The "celebration" of Afro–Cuban life ultimately resembles something closer to a condemnation of the carnival lifestyle and the presumed indifference of Afro–Cubans not only to Cuban nationalism but also to the suffering of other African communities throughout the new world, particularly in the United States, he says.

"This was in the heyday of lynchings in the United States. The Civil Rights movement was a long way off," he says, noting that the period's discrimination and oppression of African Americans and glaring injustices figured heavily in the Cuban poetry.

Anderson says he finds it exciting to help his students explore the connections between literature and the historical events and social conditions they illuminate.

Getting that history right, he explains, enables students to develop a deeper understanding of the literature they are reading.

A specialist in the literature, history, and cultures of the Hispanic Caribbean, Anderson is also the author of Everything in Its Place: The Life and Works of Virgilio Piñera. His next book project will examine depictions of the United States in the literature of Cuba, Puerto Rico, and the Dominican Republic.

Carnival and National Identity in the Poetry of Afrocubanismo

Originally published by Kevin Clarke at romancelanguages.nd.edu on September 01, 2011.