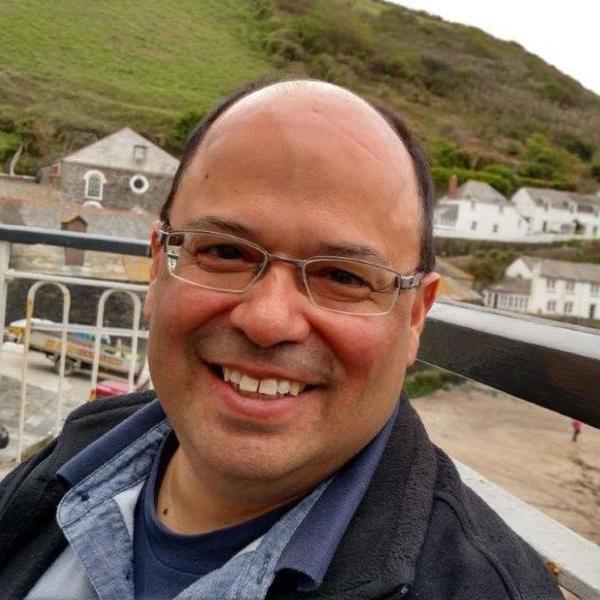 Francisco Aragón is the son of Nicaraguan immigrants. He is the author of the three books of poetry, most recently After Rubén (Red Hen Press, 2020). Previous collections include Glow of Our Sweat (Scapegoat Press, 2010) and Puerta del Sol (Bilingual Press, 2005). He is also the editor of the award-winning anthology The Wind Shifts: New Latino Poetry (University of Arizona Press, 2007). His poetry has appeared in over twenty anthologies and a range of literary journals.

Aragón joined the Institute in 2003 and in 2004 established the Institute’s literary initiative, Letras Latinas, which is a founding member of the Poetry Coalition, a national alliance. His activities in the literary field include serving on the board of trustees of the Association of Writers and Writing Programs (AWP) from 2008-2012. In 2010 the American Association for Hispanics in Higher Education (AAHHE) honored him with their Outstanding Latino/a Cultural Arts and Publication Award, and in 2017 he was named a finalist for Split This Rock’s Freedom Plow Award for poetry and activism.

A CantoMundo fellow and a member of the Macondo Writers’ Workshop, he has performed his poems widely at universities, art galleries, and festivals, including the Dodge Poetry Festival and the Split This Rock Poetry Festival. Aragón teaches courses at Notre Dame in Latinx poetry and poetry writing and continues to direct Letras Latinas. For more information, visit: http://franciscoaragon.net.