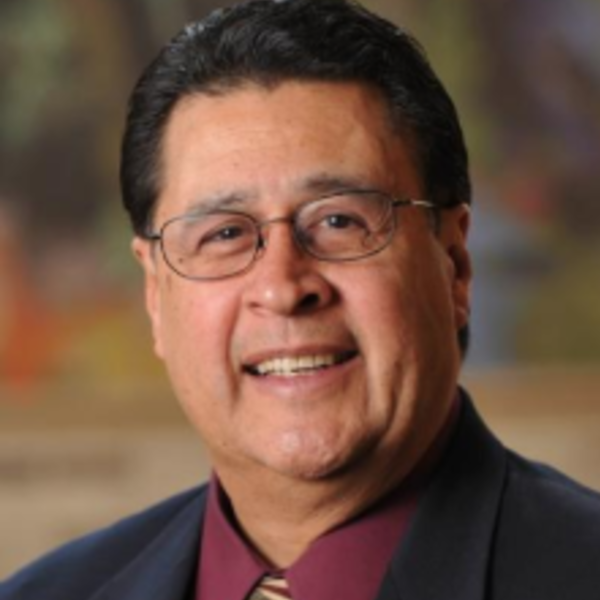 Dr. Cárdenas taught at The University of Texas at Austin from 1975 to 1999. He also served as the Executive Director for the Inter-University Program for Latino Research (IUPLR) from 1995 to 2013, a national consortium of 25 Latino member centers and institutes located at universities throughout the U.S.

He received his BA from the California State University of Los Angeles and his MA and Ph.D. from the University of Notre Dame. Dr. Cárdenas has worked in the area of immigration for over forty-four years and has gained international recognition as a scholar in Mexican immigration. Three times named by Hispanic Business Magazine as one of the 100 most influential Latinos in the United States, Cárdenas has authored and edited numerous books, articles, monographs, and reports on topics covering several fields of specialization, including international migration, economy and society, and race and ethnic relations.

These works include his co-authorship of Los Mojados: The Wetback Story, 1971 (with Julian Samora and Jorge Bustamante); co-editorship of Health and Social Services among International Labor Migrants: A Comparative Perspective, which was published in 1998 by the University of Texas Press and the Center for Mexican American Studies (CMAS) as part of their Border series; editorship of La Causa: Civil Rights, Social Justice, and the Struggle for Equality in the Midwest, which was published in 2004 in Arte Publico Press’s Hispanic Civil Rights series.

Dr. Cárdenas was the Latino Series Editor for Notre Dame Press and previously served as the Mexican American Series Editor of the University of Texas Press. He served on several editorial committees for book series, including the Critical Documents of Latin American and Latino Art, the A Ver Series on Latino Artists, and Ventana Abrieta.

He also established and owned Galería Sin Fronteras, Inc.—a commercial gallery in Austin, Texas featuring the works of Chicana/o and Latina/o artists. He is an avid collector of Latino art and has established the largest private collection of Latino art in the world.

Cárdenas can also be credited for first proposing the creation of the Smithsonian Latino Center and worked with others to help establish the Center in 1998. He facilitated the formation of Consejo Grafico, a consortium of Latina/o print workshops that advance the legacy and viability of Latino printmaking in the U.S., and was first housed at the University of Notre Dame. Similarly, he was the founding executive director of Latino USA, a half-hour weekly radio program produced at The University of Texas at Austin and distributed nationally by National Public Radio in 1994.

In addition to his professional and artistic activities, Cárdenas has provided testimony before the U.S. Congress and state legislative bodies since 1970 and has served as an expert witness in several critical and landmark cases, including the U.S. Supreme Court decision, Plyler v. Doe (1982).

A member of the original task force that produced “Willful Neglect,” (1994) Cárdenas served on the Smithsonian Institution’s Oversight Committee for Latino Issues that lead to the report: Toward a Shared Vision (1997). Presently, he serves as chair of the Smithsonian Latino Center Board, one of the three national boards of the Smithsonian Institution. In 1997 he completed his tenure as first vice president of the Board of the Mexican American Legal Defense and Education Fund (MALDEF), and he served on the board until 2012 and currently serves on the MALDEF Property Management Board.

Cárdenas was one of six people appointed to the advisory committee of the Gates Millennium Scholars Program, a $1 billion plus minority scholarship initiative established by the Bill and Melinda Gates Foundation.

Cárdenas was appointed by President George W. Bush to serve as a member of the President’s Commission on White House Fellows (2001-2008), and more recently to serve on the President’s Commission on the creation of the National Museum of the American Latino. In addition, Indiana Governor Mitch Daniels appointed Cárdenas to serve as a commissioner on the Indiana Arts Commission. In addition, Cárdenas is a Board of Directors’ member of Arts Midwest, a non-profit regional arts organization headquartered in Minneapolis, MN, which serves audiences, arts organizations and artists throughout the nine states of Illinois, Indiana, Iowa, Michigan, Minnesota, North Dakota, Ohio, South Dakota, Wisconsin and beyond.

In 2007, Professor Cárdenas worked with senior officers at the University of Notre Dame, colleagues and benefactors to secure and renovate a building in South Bend’s Westside that housed the Segura Arts Studio, a fine art print studio, the Crossroad Gallery and enabled the Notre Dame Office of Community Relations and the Robinson Community Center to offer vibrant programs in the arts, education and community development.