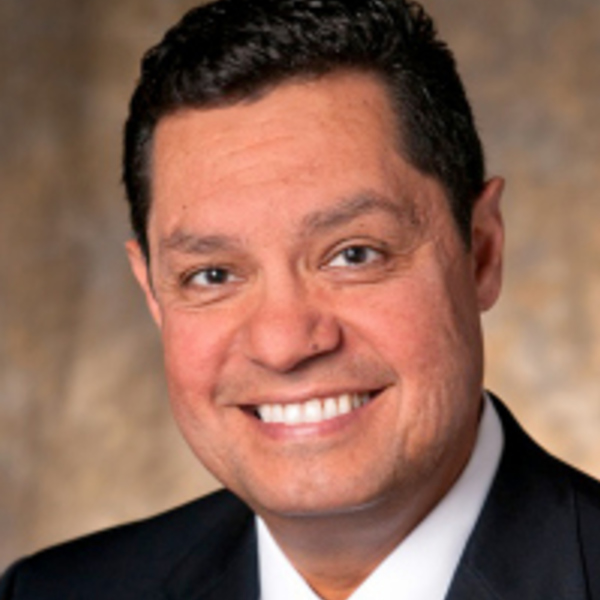 Luis Ricardo Fraga is the Rev. Donald P. McNeill, C.S.C, Professor of Transformative Latino Leadership, Joseph and Elizabeth Robbie Professor of Political Science, Director of the Institute for Latino Studies, and Fellow at the Institute for Educational Initiatives at the University of Notre Dame. He is a native of Corpus Christi, Texas.

He received his A.B., cum laude, from Harvard University and his M.A. and Ph.D. from Rice University. His primary interests are in American politics where he specializes in Latino politics, voting rights, immigration, and education. He has published six books and over forty articles in scholarly journals and edited volumes. His most recent co-edited book is Latinos and the 2016 Election: Latino Resistance and the Election of Donald Trump (Michigan State University Press 2020). His article “Latinos in National Politics: 2016 and Beyond” was featured in this collection. In addition, he was co-author of "Latinos in the American Racial Hierarchy: The Complexities of Identity and Group Formation" in Measuring Race: Why Disaggregating Data Matters for Addressing Educational Inequality (Teachers College Press 2020, pp. 29-45).

He has two other recent books: the co-authored Latinos in the New Millennium: An Almanac of Opinion, Behavior, and Policy Preferences (Cambridge University Press 2012) and Latino Lives in America: Making It Home (Temple University Press 2010). In 2010 he also published United States Government: Principles in Practice (Holt McDougal 2010), a high school textbook. His articles have appeared in the American Political Science Review, the American Journal of Political Science, Perspectives on Politics, and The Journal of Politics. He is currently completing two coauthored book manuscripts: Invisible No More: Latino Identities in American Politics and America at Its Best: The 1975 Voting Rights Act.

In 2011 President Barack Obama appointed him to the President’s Advisory Commission on Educational Excellence for Hispanics where he also served as co-chair of the Postsecondary Education Subcommittee. In 2011, Hispanic Business named him one of the top “100 Influentials” in the U.S. In 2013, Seattle Mayor Michael McGinn appointed him to the Immigrant Voting Rights Task Force where he served as co-chair. In 2011 Seattle Archbishop Peter Sartain appointed him to the board of the Fulcrum Foundation that provides financial support to families and schools in the Archdiocese of Seattle. In 2008 he was appointed by Governor Christine Gregoire to serve on Washington’s New Americans Policy Council. He has also served as an expert witness on a number of voting rights cases.

Fraga has received twenty awards for his research teaching, advising, mentoring, and service over his thirty-three year career as a scholar and university professor. At Stanford, where he served on the faculty for sixteen years, he received the Rhodes Prize for Excellence in Undergraduate Teaching (1993), the Dinkelspiel Award for DistinctiveContributions to Undergraduate Education (1995), the Stanford Medal for Faculty Excellence Fostering Undergraduate Research (1997), the Faculty Award from the Chicano/Latino Graduating Class (1993, 1996, 1997,1999, 2000, 2001), the Undergraduate Faculty Advisor of the Year Award (2001), and the Associated Students of Stanford University Teaching Award (2003).

He has also received the Adaljiza Sosa-Riddell Award for Exemplary Mentoring of Graduate Latina/o Students by the Committee on the Status of Latinos in the Profession of the American Political Science Association (2001) and this same award for mentoring junior faculty (2004). While at the University of Washington he received an award from the Graduate School for exemplary advocacy and leadership on behalf of graduate education (2010) and an award for service to build an inclusive, diverse faculty (2014).

He was recognized as one of the Champions of Catholic Education for his work to establish the first Spanish-English, two-way immersion school in the Seattle Archdiocese (2012), the Juan Diego Academy at Holy Rosary School in Tacoma, WA. He was the first recipient of the Juan Diego Award (2013). He was given the Career Achievement Award by the Latino Caucus of the Midwest Political Science Association (2017). At Notre Dame, he was recognized as a member of the inaugural All-Faculty Team during a home football game for being a “difference maker” on campus and especially for his work to support undocumented and DACAmented students (2017).

In 2018, he received the Lifetime Achievement for Excellence in Community Service Award from the Mexican American Legal Defense and Educational Fund (MALDEF). In 2019, he received the Norton Long Career Achievement Award of the Urban and Local Politics Section of the American Political Science Association.

Since returning to Notre Dame in 2014, he has raised over $8M for the Institute for Latino Studies (ILS). He established the Latino Studies Scholars Program (LSSP), the only merit-based, academic scholarship program in the country for students who have worked to empower and serve Latino communities during their high school years. He initiated bringing the Warrior-Scholar Project to Notre Dame, a national program to provide an academic boot camp to military veterans to help build their confidence to pursue postsecondary education. He also helped establish the first-ever Spanish-English, two-way immersion Catholic school at Holy Cross School in South Bend, IN.

"Latinos and the Reshaping of American Politics." The Center for Diversity and Inclusion, Emmanuel College, Boston, MA. September 30, 2020.
Recording

"America's immigration impasse is self-inflicted. It doesn't have to be." NBC News, March 26, 2021,
https://www.nbcnews.com/news/latino/americas-immigration-impasse-self-inflicted-doesnt-rcna485