Latino studies faculty candidate in cultural anthropology, Cristina Ortiz of the University of Minnesota Morris will be presenting a public lecture titled School Inclusion Illusion: Benevolent Racism as Gatekeeping in a Rural Community. In a rural meatpacking community with a large Latino population, the public school has sought to be a welcoming and inclusive space for all residents.  But despite such warm rhetoric, local spaces have mostly become racially marked.  I use the concept of benevolent racism to explore how local civic leaders and educators unconsciously preserve their cultural dominance by combining welcoming rhetoric with deficit views of minority residents. 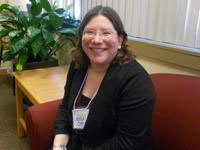