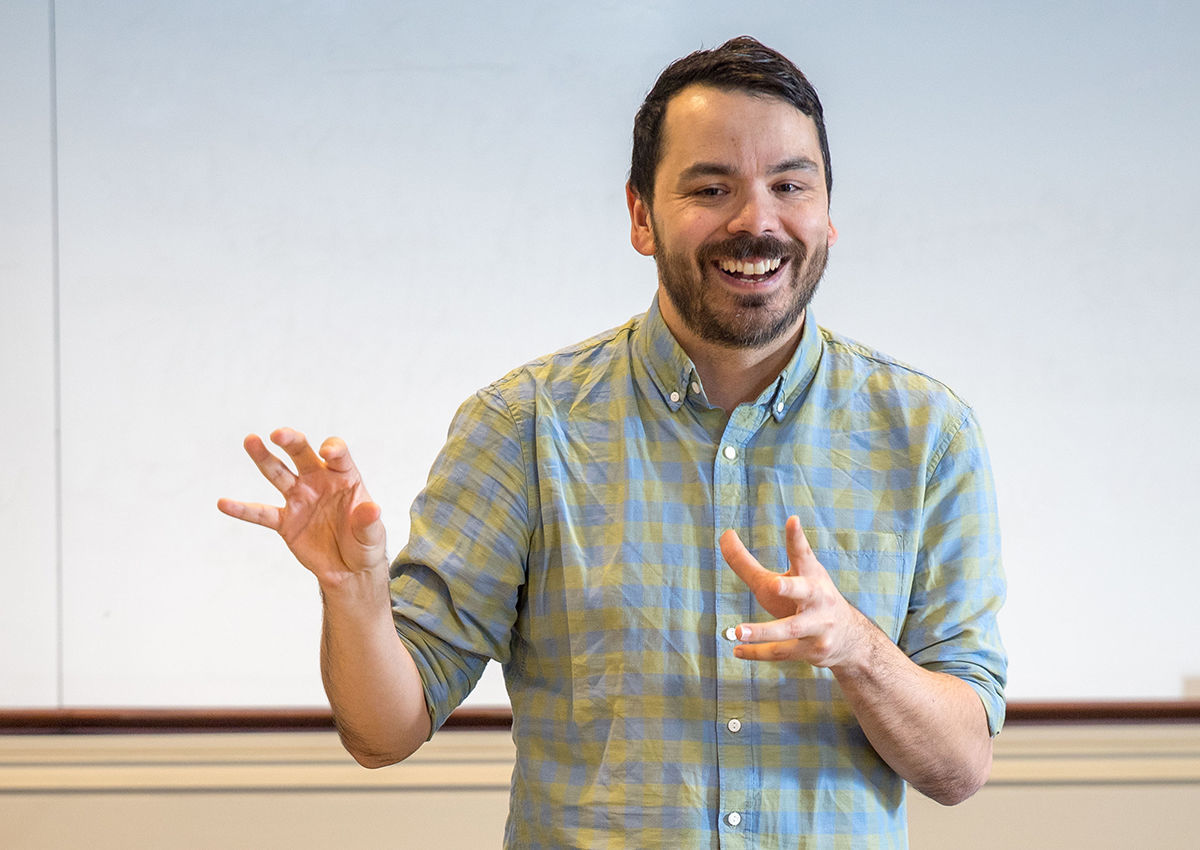 Jason Ruiz, an associate professor in the Department of American Studies, has won the 2019 Sheedy Excellence in Teaching Award, the highest teaching honor in the College of Arts and Letters.

Created in 1970, the Sheedy Award honors Rev. Charles E. Sheedy, C.S.C., who served as dean of Arts and Letters from 1951 to 1969. Ruiz will accept the award at a reception in his honor on December 3.

“It means the world to me to be recognized in this way, he said, “especially because the College is full of great teachers I admire.”

Ruiz, who came to Notre Dame in 2008, is also an affiliated faculty member in the Gender Studies Program and the departments of Africana Studies and Film, Television, and Theatre, and a fellow in the Institute for Latino Studies.

His research and teaching focus on race and popular culture, Latinx studies, and gender and sexuality studies. He addresses these often delicate and difficult topics with “respect and warmth,” said Thomas Tweed, the W. Harold and Martha Welch Professor of American Studies.

“Jason is one of the most versatile and gifted teachers I have observed,” Tweed said. “I am struck by how well he includes all voices and makes everyone feel that their insights are not only expected but warmly welcomed. One of our former students put it best, ‘He builds a community of scholars.’” 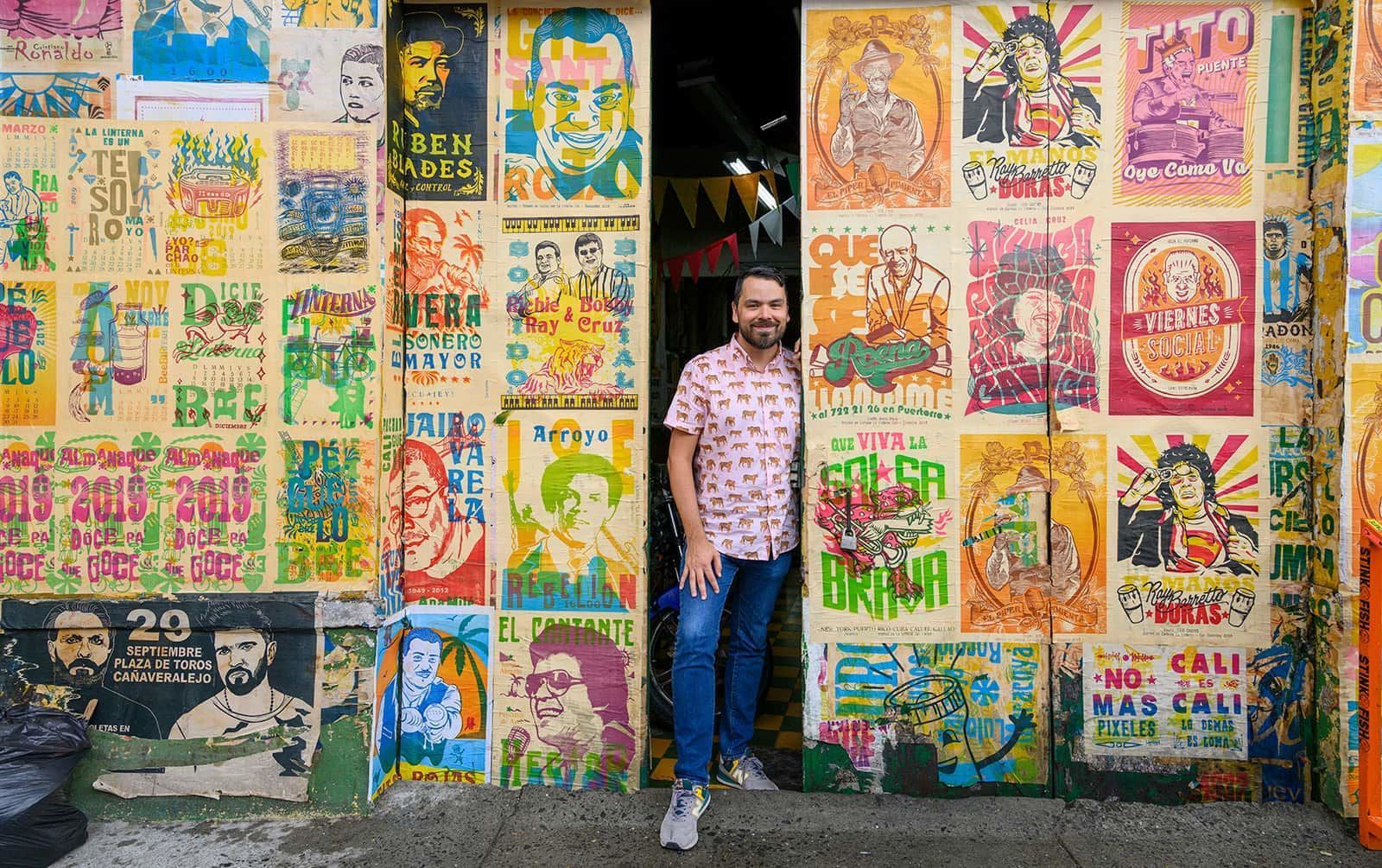 Ruiz, who grew up in Northwest Indiana and attended Catholic schools, said that teaching at Notre Dame was a “dream job” for him. But over the last 11 years, he has found it to be even better than he expected.

“Notre Dame has allowed me so much freedom in what I teach and research and has been incredibly generous in supporting me,” Ruiz said. “If you have a good idea, even one that people might at first assume is too ambitious, this is the place where you can make it happen.”

Those ambitious ideas have made him an outstanding leader and helped him engage deeply with his students, said Luis Fraga, the Rev. Donald P. McNeill, C.S.C., Professor of Transformative Latino Leadership, Joseph and Elizabeth Robbie Professor of Political Science, and director of the Institute for Latino Studies.

“Jason Ruiz uses his teaching responsibilities to broaden his students’ understanding both within and beyond the classroom,” Fraga said. “He works to demonstrate how popular culture reflects much deeper group attitudes and social structures that help us understand fundamental values and ideals of American society.”

Ruiz is currently writing a book on Latino representations in popular culture from the start of America’s war on drugs to the present. Last winter, he received funding from the College of Arts and Letters and Notre Dame International to take a small group of students to Colombia to explore the aftermath of the war on drugs.

Senior American studies major Irla Atanda was among them and said Ruiz has been an incredible mentor.

“Professor Ruiz genuinely cares about the intellectual and personal growth of his students,” she said. “He not only inspires curiosity in his students but helps them realize their potential. I am a better student — and a better person — because of him.”

“Professor Ruiz genuinely cares about the intellectual and personal growth of his students. He not only inspires curiosity in his students but helps them realize their potential. I am a better student — and a better person — because of him.”

Ruiz is also principal investigator of Latinx Murals of Pilsen, a public-facing digital humanities project. Last semester, he was awarded a Whiting Public Engagement Fellowship to create a set of walking tours and digital tools to explore Pilsen — the changing neighborhood at the heart of Chicago’s Latinx community — through its vibrant, historic murals.

Students in Ruiz’s Latino Muralism course have taken an active role in helping to shape the digital tools he is building with the Historic Urban Environments (HUE) Lab at Notre Dame — from collecting GPS data to writing interpretive essays that will be used to engage the public with the murals.

“It was tremendously gratifying that students became so invested in the project and were able to share in building its early phases,” Ruiz said. “Beyond the Pilsen class, I always bring my current research into the classroom because it’s important for students to see that their instructors are still doing what we challenge them to do — asking big questions about the world around us.”

Bailey Kendall ’19, an American studies and economics major, took four classes with Ruiz and participated in the Colombia trip. She said Ruiz’s courses were some of the best she had at Notre Dame.

“Jason creates a beautiful shared vulnerability in the classroom, and through it, he can make a 150-person lecture hall discuss difficult topics fluidly,” she said. “And in smaller classes, he knows just the right questions to ask to make us dig a little deeper, coming out of the conversation richer for having shared it.” 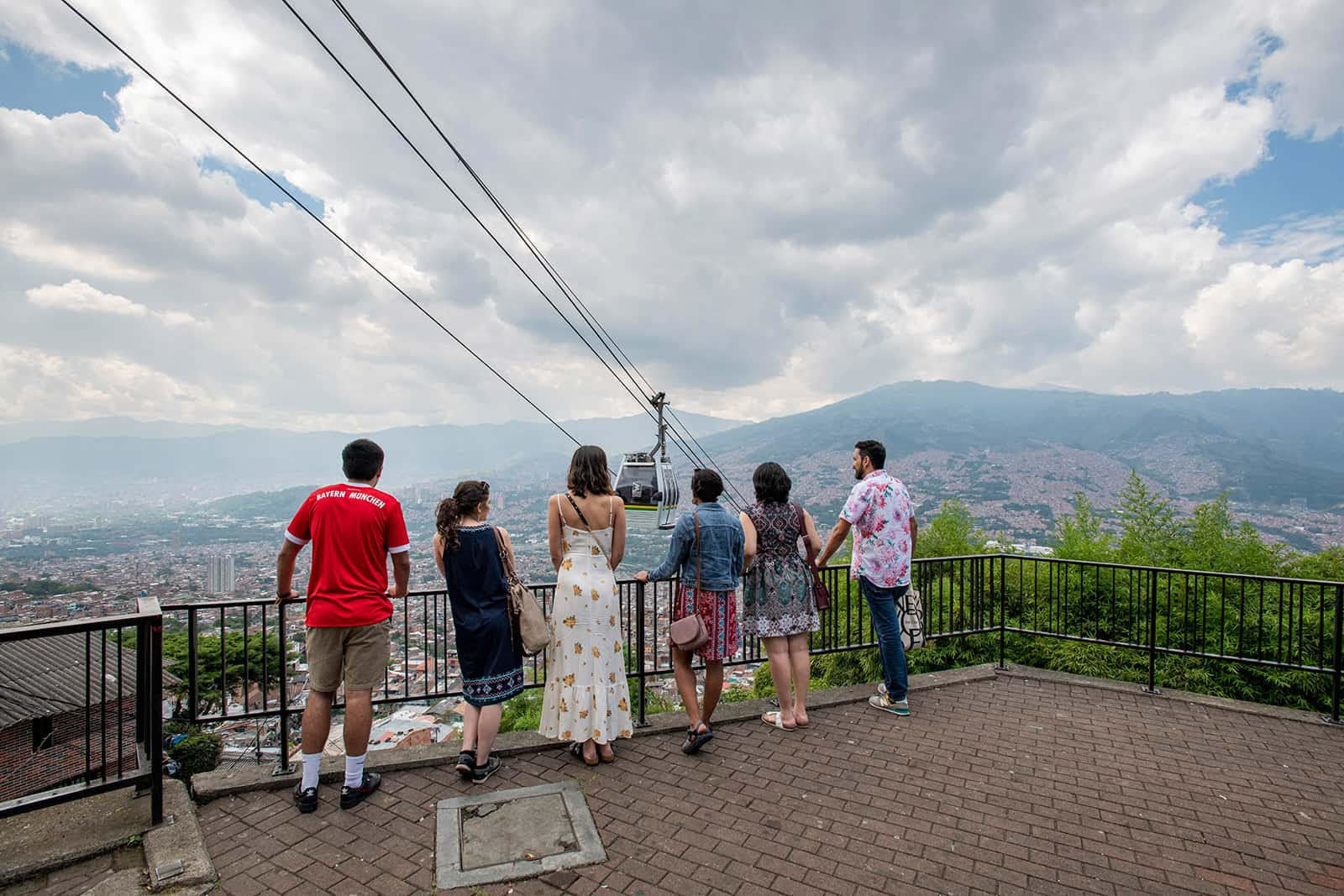 Ruiz with his students in Colombia

Ruiz, who graduated from the University of Minnesota with a B.A. in cultural studies and comparative literature and a Ph.D. in American studies, published his first book, Americans in the Treasure House: Travel to Porfirian Mexico and the Cultural Politics of Empire in 2014. He is the author of numerous articles and co-editor of three special issues and two books and is the co-chair of the Radical History Review editorial board.

Ruiz is also a 2016 recipient of the Edmund P. Joyce Award for Excellence in Undergraduate Teaching at Notre Dame. Over time, he said his teaching style has evolved to become more transparent about where he stands on the issues he addresses in his classes.

“When I started at Notre Dame, I often attempted to talk about American inequalities from a neutral or dispassionate perspective because I thought a professor had to appear objective,” he said. “Being upfront about my relationship to the subject matter has meant that I can teach for social justice without apologies or caveats.”

Ruiz said that Notre Dame students are what he appreciates most about the University — and that he often tells prospective colleagues that the students will bring joy into their lives.

“Notre Dame students are deeply curious and unapologetically earnest about the fact that they want to change the world for the better,” he said. “Our American studies majors exemplify this and always keep my colleagues and me laughing, guessing, and moved.”

“Notre Dame students are deeply curious and unapologetically earnest about the fact that they want to change the world for the better. Our American studies majors exemplify this and always keep my colleagues and me laughing, guessing, and moved.”

Originally published by Carrie Gates at al.nd.edu on November 13, 2019.